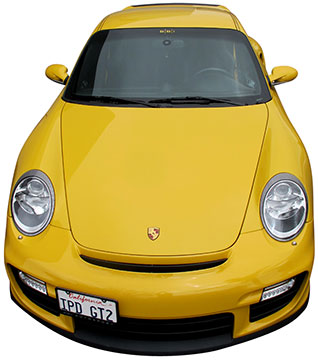 Mike, the owner and man behind IPD, better known as Turbo, could be the most passionate and dedicated Porsche enthusiast in the Porsche community. Mike's constant pursuit of more speed and power is relentless. When he's not busy developing and testing new IPD Plenums he's consumed with his personal Turbo Porsches.

Mike started his Porsche career back in 1999 with the creation of his "Fire Breathing" Frankenstein air-cooler Turbo Porsche that laid down over 850 wheel horsepower at the wheels which is still impressive even by today's standards. Later Mike moved into a 996 Turbo S that developed over 720 HP at the wheels using only bolt-on parts and tuning. But as always Mike needed to be faster if he was going reclaim his "King of the Mountain" status with the local weekend warrior speed demons here in Southern California.

Turbo's latest acquisition is a 2008 GT2. The original goal was to bolt on a few parts and enjoy the car, but Mike hates loosing so the parts list and development grew substantially. The question is how far can you push a GT2 engine on stock internals?

The GT2 is developing almost 800 HP at the wheels (again, with stock internals) with the following modifications... 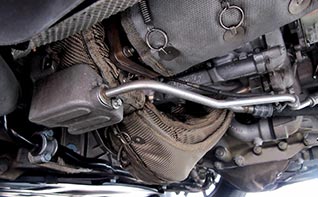 The GT2 suspension has been completely upgraded with an arsenal of ERP components and BBI corner balance and alignment set up for straight line performance. Suspension upgrades include...

There's no doubt that the GT2 is pushing the envelope for a stock internal engine. That's' why a brand new engine is being built from the ground up. It's currently under construction and will be a full throttle effort. Stay tuned for more details in future e-mail blasts and on our Facebook page.