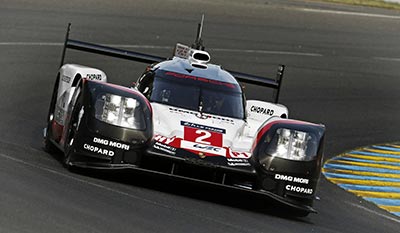 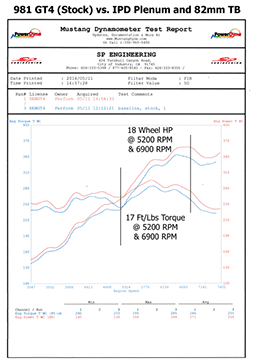 The sensational mid-engine GT4 has received unanimous praise from Porsche driving enthusiasts around the world, and even more so after installing the IPD Plenum and larger 82mm GT3 Throttle Body that the engine was designed for in the 991 Carrera S. But in typical Porsche fashion, they had to handicap this weapons grade track machine by choking the inlet track with a smaller 74mm throttle body limiting engine potential. The IPD Plenum dramatically improves power and torque gains throughout the entire RPM band while delivering a smoother and more linear power curve. This GT4 dyno test session shows net gains from launch to redline with the greatest gains (18 WHP / 17 Torque) being realized at 5200 and 6900 RPM.